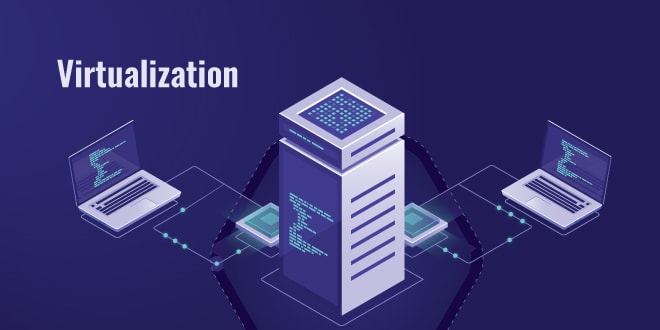 What are the Different Types of Virtualization?

Storage Virtualization separates the physical storage into a small storage network for virtualized environments. All the small storage units can be accessed from a centralized console. There are lots of benefits of Storage Virtualization like backup, archiving, and recovery of your data. You should have known of SAN (Storage Area Network). Taking Data Backup and Restoring takes a very less amount of time than SAN.

Network virtualization manages the network to connect virtualized networks or VLANs with the physical network. In addition here, the firewall networks and load balancing can also be managed. And it also provides the SDN – software-defined networking and NFV – network functions virtualization. With this, it becomes more efficient and scalable.

What are Virtualization Technologies?

Internet connection can be erratic sometimes. For this reason, it is unrealistic to maintain any sort of hardware computer system via the internet continuously for 24 hours. Besides this unpredictability, the hardware system turns out to be costly as well in terms of electricity, maintenance, acquisition, and an array of other expenses.

Nowadays, many businesses want to have an uninterrupted and secure internet presence and low cost of operation. Fortunately, there is the right virtualization technology for almost every imaginable need. That’s how the aforementioned types of virtualization get in the mix.

As aforementioned, the process of virtualization entails creating a software environment on a physical server that anybody anywhere on the globe can access. There isn’t just a single virtualization technology that can be used to realize virtualization. There are plenty of them.

All the management roles of the system are undertaken by a hypervisor on a host level. At the host level, you can have more than one HyperV nodes. Any HyperV node can create virtual machines.

The job of the hypervisor is to establish a number of multiple virtual machines through sharing operating systems, storage, and networks. To achieve this, the assistance of the firmware is needed. Using a physical server, the hypervisor can create more virtual machines, determine their requirement, and install a range of operating systems in accordance with the requirements. Such as OS will be referred to as Guest OS. 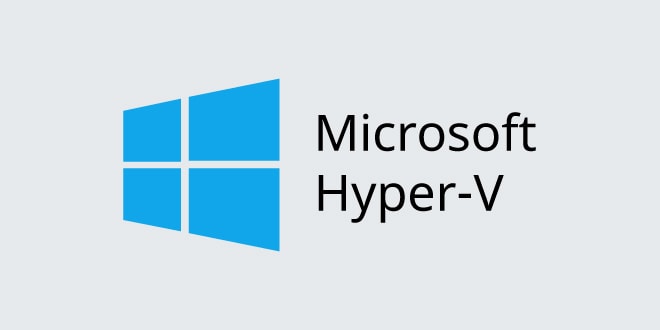 A hypervisor referred to as Hyper-V manager does all the management for HyperV virtualization technology. Using the Hyper-V manager, the user can manage a range of aspects including the backups, server status, VHD files of the VPS, adding a host, and checking server status.

What is quick migration in HyperV?

Quick migration is very much like any other network migration except that it causes service interruption while moving virtual machines between two hosts or nodes. It had been around for a long time, dating back to the days when the concept of virtualization was starting. Quick migration is still viable today.

Following are the license subscription for HyperV virtualization technology with Windows Server 2012 Essential, Datacenter Edition, and Standard versions. Please note that pricing may vary from one country to another.

Note : Microsoft may revise prices periodically for HyperV Licensing, Therefore, we recommend our readers to check for the current pricing directly from Microsoft Website only.

Nothing defines VM ware virtualization technology and makes it famous like its rich desktop applications (software). The main purpose of VM ware is to manage smaller virtualized environments.

VM ware uses encryption for the key management solutions, it uses data encryption methods to secure the customer’s data, uses transparent data encryption for the SQL server so the user’s data can transfer securely and it uses various software development kits for all the VM ware enterprise platforms. Which includes the lower operation cost, critical VM ware encryption technology. VM ware hardware can be managed on the following platforms. vCenter Server, vSphere Client, vMotion, ESXi, etc… There are many types of hardware management tools available by the VM ware technology.

Users are free to move virtual machines between different physical serves without experiencing downtime delays. Massive storage and connection resources are used to ensure this migration. To move your virtual machine between physical servers, it requires active memory and a highly scalable network.

The main advantage of live migration is that it allows you to perform hardware maintenance as you wish without being inconvenienced with server failovers and downtime. More often than not, a range of software is used to automate and schedule the movement of virtual machines. Some of these software are: vSphere, vMotion, etc. Some of these software supports the migration of multiple virtual machines at the same time in a matter of seconds.

VM ware hardware can be managed on the following platforms. vCenter Server, vSphere Client, vMotion, ESXi, etc… There are many types of hardware management tools available by the VM ware technology.

Following are the licensing information about vSphere for 2020. If you intend to use it for live support, you will be glad to realize that it supports storage maintenance, live migration, high availability, restore and backup capabilities, as well as antivirus specifically made for application on the virtual environment. Please note that pricing for this software may vary from one country to another.

Note : VMWare may revise prices periodically, Therefore, we recommend our readers to check for the current pricing directly from VMWare Website only. 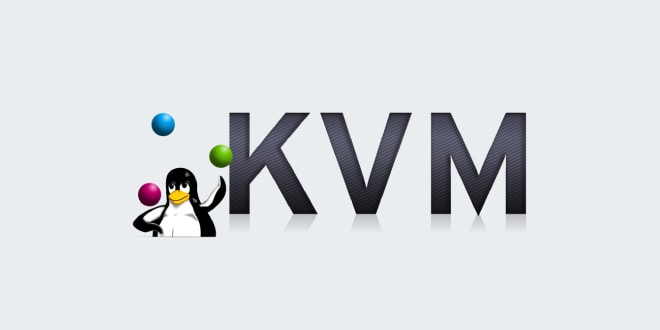 On KVM hypervisor, several operating systems can be flawlessly shared on one hardware host. KVM hypervisor is designed to function as a type-2 hypervisor. If you are looking for a hypervisor with OS virtualization capabilities and great performance and management, you might never want to look far from this platform. It is worth mentioning that the hypervisor part of KVM establishes virtual machines that support interaction between storage, network resources, OS, and hard disk.

Unlike other useful software that comes with a hefty price tag on them, KVM is freely available.It comes with an array of advanced virtualization features including live support. KVM allows you to manage the virtualization with a range of separately licensed hypervisor platforms. Some of the providers who provide the license are Red Hat and SolusVM.

Citrix Virtulization technology provides virtulization for Desktop and Application based on Xen Hypervisor.

With Citrix hypervisor, you are able to avoid resource exhaustion during the abnormal system loading time. Also, it permits the unique tagging and naming of virtual machines. Better yet, it incorporates features that support live migration and creates a secure template.

Citrix Hypervisors are available in all versions. It provides live and offline virtual machines migration between servers. Here in this feature, the virtual machine’s disk is shared by the source and destination server. This capability allows the migration of VM without downtime. When the storage is shared with each other the migration can be easy without facing downtime.

There are several Citrix Xen server editions out there which all are available for licensing. The company offers to license per socket. An annual license offers support for your XEN servers. It also entails the maintenance of the software. With it, you will have access to 24/7 technical support.

You should consult with Citrix’s official website for specific information concerning your area.

Note : Citrix may revise prices periodically, Therefore, we recommend our readers to check for the current pricing directly from Citrix Website only.

What Security Measures to take while using Virtualization Technologies?

For maximum virtualization security both on the virtual and host servers, you need to consider these aspects: